For more than a decade, MAG has been working in Somalia and Somaliland to reduce the impact of armed violence on communities. While teams have worked closely with the security sector (including the army, police, coast guard, immigration) to improve weapons storage and handling practices, little has been done to address issues related to civilian weapons ownership in the region. The second-leading cause of death in Hargeisa Hospital is related to civilian weapons ownership. And, anecdotally, civilian weapons account for many injuries and deaths within families and communities.

In 2020, MAG supported the Somaliland Ministry of Interior to expand their civilian weapons registration programme, complemented by an innovative and comprehensive community safety campaign on the radio, on social media, and through billboards and leaflets. Feedback from listeners was positive, but the safety programme was reaching communities in primarily urban areas. To increase the impact of the project and target the safety messages more effectively, MAG teams realised they needed to collect more information about weapons ownership and safety across the regions.

In June 2021, in partnership with Viamo, a mobile technology company, MAG conducted a randomised phone survey of 551 people in Somaliland.

While it was deemed too sensitive to ask the question directly, the findings allow MAG to estimate that 6 in 10 people own guns in Somaliland. The figure is higher in rural areas than in urban areas. When asked about gun storage, in three of the six regions of Somaliland, a higher rate of people felt they did not store their guns safely.

The survey also asked whether respondents had talked about gun safety with their families in the past year — less than half reported having had that conversation. More people in rural areas (54 per cent) than in urban ones (40 per cent) reported they had discussed gun safety — with the number being higher among men (51 per cent) than women (33 per cent). Interestingly, when asked why respondents had not discussed weapons safety, the most common reason among both genders was a lack of knowledge on the subject. However, men were more likely (30 per cent compared to 22 per cent of women) to say they had no interest in discussing it. Perhaps the most compelling finding is that — even among people who reported that they did not have a gun in their home — the most oft-cited reason for not discussing weapons safety was a lack of knowledge. The results indicate an understanding that gun safety is a community safety issue. 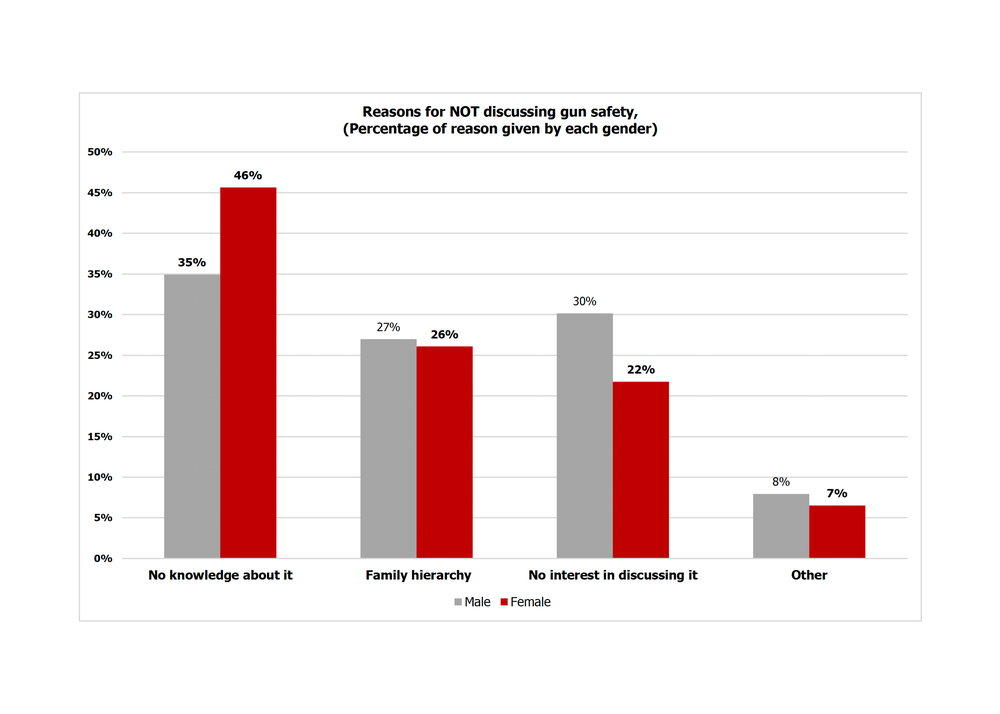 Many people appear willing to discuss gun safety with their families but lack the necessary information. Based on the survey findings and feedback from the radio campaign, MAG has developed a comprehensive risk education curriculum on weapons safety — tailored to the specific needs identified in the survey and refined in pilot sessions with the community.

For example, community concerns about firing bullets in the air during celebrations were repeatedly raised during the radio project and discussions with communities, especially in rural areas. And so, as part of the risk education curriculum, an image and key message (“Do not shoot your gun in the air – what goes up must come down, and bullets can fall and injure someone”) was created.

Do not shoot your gun in the air – what goes up must come down, and bullets can fall and injure someone

Given that safe storage was identified as the most critical gun safety topic across all demographic groups, several of the messages and images in the curriculum relate to gun storage.

And the existence of a marked gender gap in knowledge of and participation in gun safety prompted MAG teams to create an image of a woman educating her children about the dangers of weapons, illustrating the critical role that women play in keeping their families safe.

MAG has tested the curriculum on a variety of stakeholders in Somaliland — from the police explosives ordnance disposal team to members of the coast guard in a remote station and from urban internally displaced people to rural men and women. In the rural village of Adadley, every woman who attended the session shared a horror story about a gun or explosives incident. The women encouraged MAG to design a session for young children. Girls and boys are at high risk of injury and death from explosives found in their environment and are often the victims of accidental shootings.

The insights from the survey and these sessions will enable MAG to continue to tailor the curriculum to ensure that it meets the needs of a diverse group of people. Women, girls, boys and men and communities in urban and coastal areas all have different risks and concerns related to weapons safety — they all need specific education sessions to support them to live safely and free from fear in their communities.

While the piloting of the curriculum is continuing in Somaliland, MAG hopes to expand the project into south-central Somalia in 2022, particularly into the border areas with Kenya and Ethiopia, where the frequent movement of people across borders and in areas suffering political instability has resulted in many violent incidents.

Effective weapons safety risk education can save lives and help support women, girls, boys and men across Somaliland and Somalia to live free from the fear of armed violence.

Since we have heard the programme, we banned gun shooting during the weddings and other celebrations in our area. Many people used to fire live bullets for all their celebrations but now has stopped.

This project is supported by 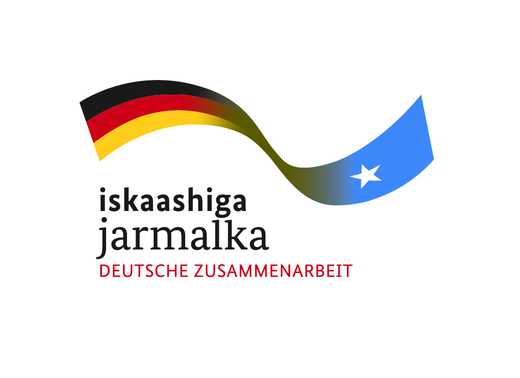