The drama has also driven an almost 300 per cent increase in the number of men and women registering their previously-unregistered guns.

MAG has worked in Somalia and Somaliland since 2007, where the illicit proliferation and misuse of weapons fuel ongoing conflict in the region and leads to scores of preventable deaths every year. To counter the threat, MAG teams deliver risk education sessions promoting the safe management of arms.

Most households in Somalia and Somaliland own at least one firearm, according to the latest estimates. Weapons are often stored loaded and within reach of children. In Hargeisa, the capital of Somaliland, gunshot wounds are the fourth most common reason for being admitted to hospital — and the second most likely cause of death.

Abdillahi Mohamoud Ahmed was only 13 when he and his brother found their father's unregistered gun. Left loaded and set to fire automatically, Abdillah's hands were peppered with bullets when his brother picked up the weapon. His injuries were so severe he lost both of his hands and his left eye.

"I still believe in a future where people realise weapons are not the way forward," said a hopeful now 21-year-old Abdillahi when he talked to MAG about the need for arms safety education.

In 2020, amid the global pandemic with face-to-face risk education sessions no longer possible, MAG partnered with the Somaliland Ministry of Interior, with funding from the German Federal Foreign Office (GFFO), to launch a new radio drama through Radio Hargeisa.

"Badly secured small arms and ammunition are regularly stolen and trafficked across porous borders and traded on the black market, fuelling more armed violence against civilians. The GFFO supports work to remove the chance of harm, promote sustainable development and greater opportunities for sustainable peace.”

With over 40,000 stations broadcasting to more than five billion people, radio remains the primary source of information for most people in the world.

Preliminary reports from the Somaliland Ministry of Interior, shared with MAG, indicate the programme's messages have resulted in an almost 300 per cent increase in the number of men and women registering their previously-unregistered weapons.

"Wars have killed at least 50,000 people in Somalia/Somaliland since 1991 — insecurity and a thriving trade in illicit weapons have only exacerbated the problem," explains Omar Mohammed, MAG's Country Director in Somaliland. "MAG is delighted to see the positive impact of the Dallaalimo radio series on efforts to reduce weapons-related accidents and stem the proliferation of small arms. With the global pandemic enforcing physical restrictions on our ability to promote safer gun ownership face-to-face, MAG is embracing the power of radio to reach vast communities and help save lives."

“MAG's educational awareness project on small arms and light weapons is the first of its kind in Somaliland,” says Mohamed Ahmed, Director of Security at the Somaliland Ministry of Interior. “It has reached huge audiences of small arms owners and household breadwinners. The registration of guns and pistols has increased since the project started its media campaign. The inquiries we are receiving from those who are planning to register their weapons have also increased.”

“As a result of the educational awareness campaign, many men and women are now openly talking about the risks of small weapons,” Mohamed Ahmed continued. “I was amazed by questions and inquiries raised by the citizens when I attended, as guest speaker, for the two call-in shows. The Somaliland Ministry of Interior welcomes the programme and wishes to continue to influence even more individuals to register their weapons.”

"Thank you to the German government for funding this project and to MAG for the great work delivering it. This is a much-needed programme"

Mohamed Ahmed, Director of Security at the Somaliland Ministry of Interior

Mohamed Ahmed also welcomed the €233,570 support for the project from the GFFO: “Thank you to the German government for funding this project and to MAG for the great work delivering it. This is a much-needed programme.”

With the support of the Somaliland Ministry of Interior and funding from the GFFO, MAG will continue to deliver life-saving safety messages across Somaliland and — when the pandemic allows — return to hosting face-to-face workshops and training sessions. 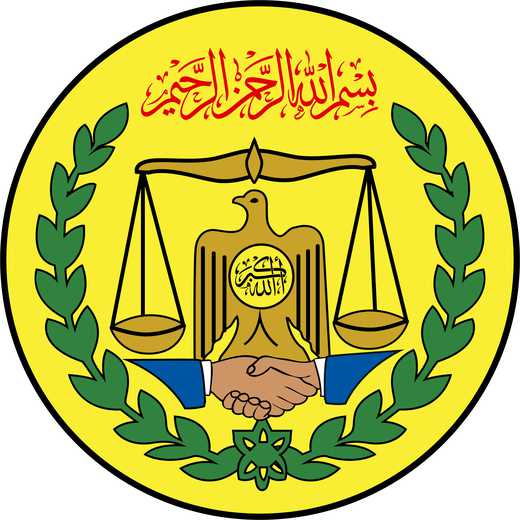