MAG staff and vehicles have been involved in the response to help those affected by the devastating storms that have rocked parts of Vietnam.

In October alone, Vietnam has endured four huge storms, a tropical depression and widespread flooding that have affected more than one million people, with at least 130 lives lost and many more missing.

Hundreds of thousands of houses have been damaged or destroyed causing mass displacement with crops, livestock, and vital infrastructure, including roads and bridges, also being severely damaged on a large scale.

Dong Ha city in Quang Tri after the flooding hit

Quang Binh and Quang Tri where MAG works are two of the worst-affected provinces, and staff there have been using 4x4 vehicles to access hard-to-reach areas. They have been using these vehicles to take people to safety as well as provide vital supplies, and have been clearing roads to allow the aid to get through. MAG medics have also been on hand to provide vital first aid when needed.

“I’ve been to many villages which were heavily affected by consecutive floods and storms in the past month in Quang Tri to provide communities in need with immediate support as a part of MAG Vietnam or individually," said Hoang Van Loc, a MAG Deminer in Quang Tri province, who has been assisting with the flood response efforts.

"I’ve witnessed the devastating losses and damages suffered by local people due to the consequences of the disasters. Many people were killed, injured or still missing; many others lost their houses, properties and crops; many children are at risk of leaving their schools early as their parents are now no longer capable of affording their study expenses. Things are just too much for them to endure. I realise that there is a huge need to provide further support for them to be able to recover and rebuild their lives," Hoang Van Loc continued.

The flooding and resulting mudslides have also meant many huge bombs – remnants from the Vietnam War – have become uncovered and at risk of moving around and endangering lives. When this happens our emergency response teams go to the area and remove the bomb and take it to a place where it can be safely destroyed. If that is not immediately possible they will mark the area to ensure people do not go near it until it is removed.

Vietnam remains one of the world’s most contaminated countries, with an estimated 800,000 tons of unexploded bombs leftover from the war that ended more than 40 years ago. MAG has been clearing these bombs in Vietnam for 20 years, firstly in Quang Tri in 1999, and then expanding to Quang Binh province in 2003.

Because of the storms, MAG staff have not been able to work in October, enabling some to focus on the emergency response to the storms and floods. Many of our staff live in the areas affected, and some have had their houses destroyed. Yet thankfully we believe that all MAG staff are currently safe and well.

The 4x4 vehicles involved in the response are funded thanks to the generosity of the US and UK governments.

Storms and floods are an annual risk for the people of Vietnam – there are between five and six storms and about three tropical depressions annually. With more storms expected in the coming weeks, we will continue our emergency response to keep helping those in need.

In response to this year's devastation, MAG's Country Director, Helene Kuperman, had this message: “Our thoughts now are with those families who have lost everything in this flood. With more bad weather on the way everyone at MAG is ready to help in whatever way we can.”

Our work in Vietnam is supported by our donors 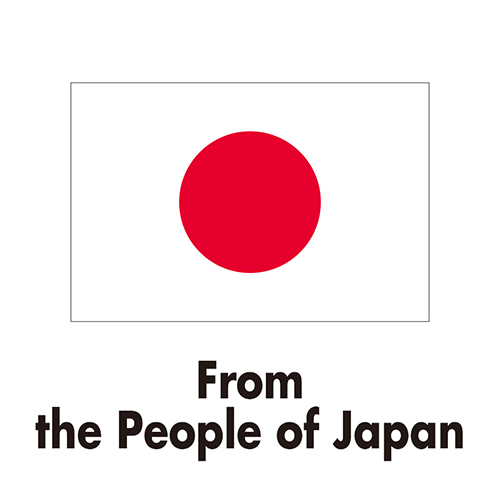