MAG Community Liaison teams in Myanmar have just passed a significant milestone. Our staff have now delivered life-saving risk education sessions to more than 100,000 people living in fear of landmines and unexploded bombs in the country. 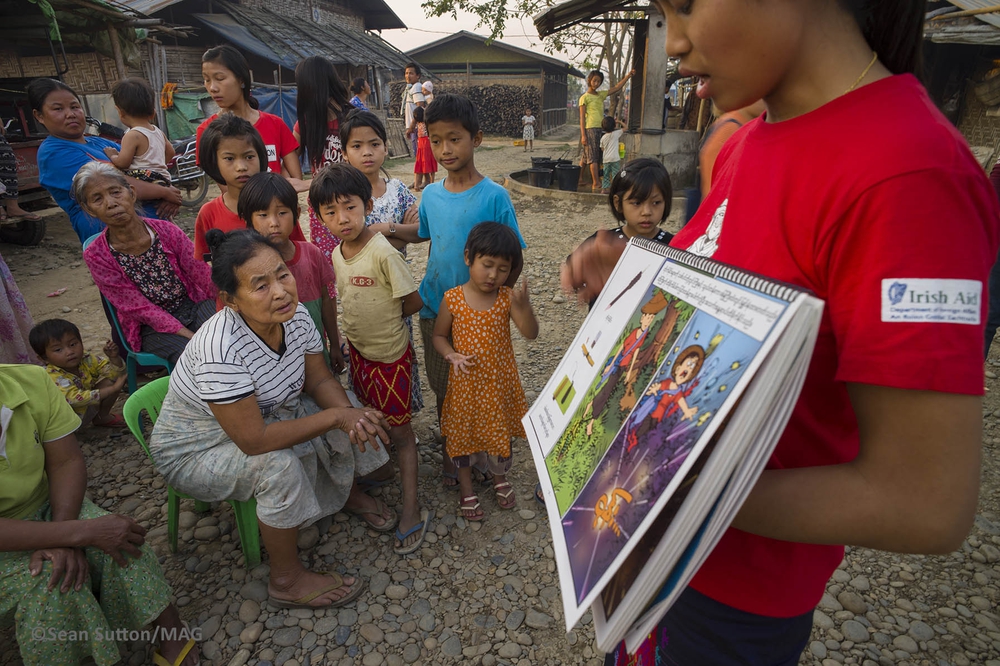 “Hundreds of people are injured and killed by landmines and other explosive devices in Myanmar every year. In 2018, there were 276 reported casualties. One out of every five was a child. This remains one of the highest casualty rates in the world. Helping people learn how to recognise and avoid landmines is therefore crucial here in Myanmar," says Jason Miller, MAG's Senior Community Liaison Manager in Myanmar. "Reaching this milestone is a massive achievement - that's 100,000 people who are now less likely to become landmine victims."

Reaching this milestone is a massive achievement - that's 100,000 people who are now less likely to become landmine victims.

Conflict has savaged Myanmar for decades and left people across the country living in fear of the landmines and unexploded bombs that have been left behind.

The areas along the eastern and northern borders, and particularly in Kayah, Kayin, Shan and Kachin States, are all heavily contaminated with these weapons, which kill and injure indiscriminately and without warning. 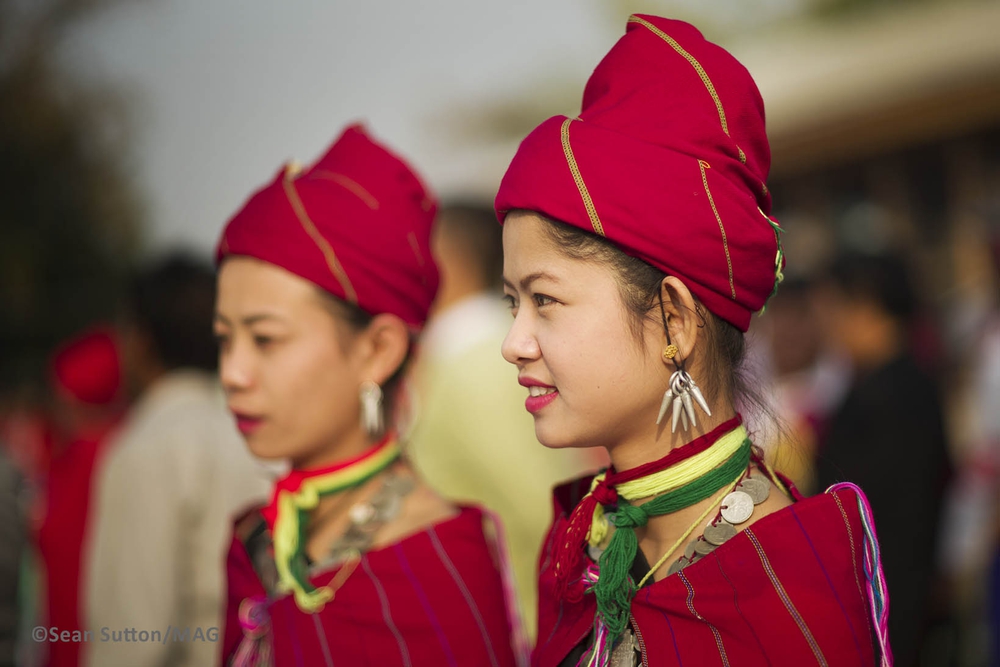 “Communities in these areas are not free to live their lives because of the constant fear and danger posed by the legacy of the conflict,” says Jason. ”It is hard to overstate the impact this has on people's daily lives, from children being unable to access education to farmers being unable to harvest and sell their crops.

“Raising awareness of the threat and working directly with communities helps change behaviours, reducing the risk of death or injury.”

The risk education sessions that MAG staff deliver include how to recognise landmines, what to do if you see a dangerous item, how to report it, as well as informing people of known areas of contamination. 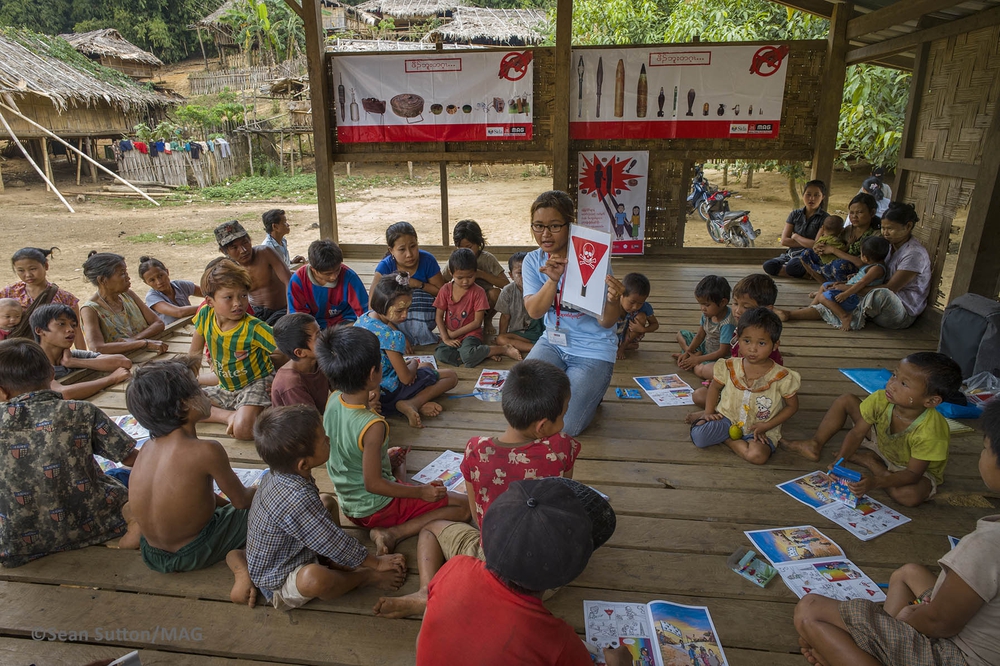 The sessions are designed to be gender and age appropriate, context-specific and to address risk-taking behaviours that can lead to accidents.

“When I was young I found a lot of unexploded bombs here played with them and even threw them,” says Tin Aung Moe. “I am happy MAG is now here to explain the dangers – we have learnt things we never knew.”

The sessions are particularly vital for children, who might otherwise attempt to play with dangerous items, thinking they are toys. A child's ability to correctly identify these weapons could save their life.

While the deadly remnants of conflict remain, families in Myanmar will never be completely free from fear, but until the landmines and unexploded bombs are found and destroyed MAG will continue delivering vital and life-saving risk education.