Almost two decades after the fighting stopped and 16 years after the clearance work started, a town at the heart of decades of conflict in Angola is finally free of landmines.

Situated in Moxico, Angola's largest province, Lucusse has suffered the terrible legacy of more than 40 years of fighting.

The town was central to the 1960s war of independence. And, in 2002, the bitter civil war between The National Union for the Total Independence of Angola (UNITA) and the People's Movement for the Liberation of Angola (MPLA) ended in Lucusse when UNITA leader Jonas Savimbi was killed in combat near the town.

During 41 years of conflict, Lucusse was abandoned several times by its community — women, girls, boys and men fled, desperate to escape the horror of the fighting.

When the war ended, the survivors of the conflict were faced with surviving the peace.

Lucusse was seeded with hundreds of landmines — the whole town was surrounded. The land was also left littered with other deadly explosives.

It is this history that means, for 11-year-old Venus, the crumpled wreckage of a tank has never seemed out of the ordinary as a permanent fixture in his family's back garden, near what was the last remaining minefield in Lucusse, Cambinga.

Venus uncovered the true extent of the danger on his doorstep when he went digging in pursuit of a troublesome rat that had made its home by the tank.

Early one Monday morning, an eager Venus embarked on a plan to oust the problem. "I was keen to catch a rat," he explains, "my mother would be happy because we could have it for dinner."

But what he discovered was something altogether different, "I was digging and found something metallic. I pulled it out of the ground and could see another one."

Thanks to MAG teams working in the area to deliver life-saving lessons about the dangers of unexploded bombs and landmines, Venus knew he had stumbled on something deadly.

He alerted MAG. A rapid response team arrived quickly to remove and safely dispose of the unexploded bombs.

"He did a clever thing, calling MAG here," says Jose, Venus's Dad. He had no idea about the explosive threat buried in his family's back garden, "I am proud of my son."

With the family's home now made safe, Venus' father, Jose, expressed his relief. "We like MAG a lot, and we are grateful. Without them, many more people would have died — including my two sons here."

MAG teams inspect the land around the tank in Venus's garden

Across Lucusse, sadly, thousands of women, girls, boys and men have not been as lucky as Venus and his family — the deadly legacy of conflict has claimed many lives.

Over the years, with more land and more families being freed from the threat of landmines and unexploded bombs, life has begun to return to the once deserted town — MAG teams completed clearance of the last 260,000m² Cambinga minefield in April 2021.

In total, over the last decade, MAG has cleared over 375 landmines and unexploded bombs in Lucusse, returning an area of almost 1.5 million m² of former minefields back to the town’s thriving community of 16,000 women, girls, boys and men.

Lucusse is just one town in Angola — which remains one of the most heavily mined countries in the world.

But success in Lucusse is just one reason why Angola continues to be an inspiring example of people and organisations coming together to speak with one voice and a shared message; “together, we will finish the job in Angola.”

MAG has been working in Angola for 25 years. In the last decade alone, and with the support of the Angolan government, MAG has cleared more than 10 million square metres of minefields for communities — the equivalent of 1,400 football pitches.

Angola has a clear vision, strategy and commitment to a landmine-free future and great progress has been made, but the job is not done yet. There are still 1100 minefields and 71 million square metres of land left to clear.

Angola has a goal to be landmine free by 2025. The goal is achievable, but not without all donors and all stakeholders — only with renewed support can we finish the job.

Women, girls, boys and men across Angola can one day soon enjoy the same freedom as the people of Lucusse. The freedom to live, work and play free from fear.

Our work in Lucusse has been supported by 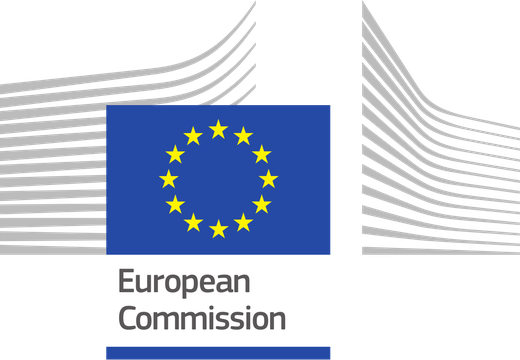