This week, MAG is finishing a task on the outskirts of Rotimlja village, two and a half hours south of the Bosnian capital of Sarajevo, which will see 3.1km2 of land returned to the local community. Much of the area is made of forest, which the villagers use to collect firewood and hunt, as well as land which can be used for small-scale agricultural activities and livestock rearing. Emir (pictured above) is one of 2,000 people set to benefit from access to this land. 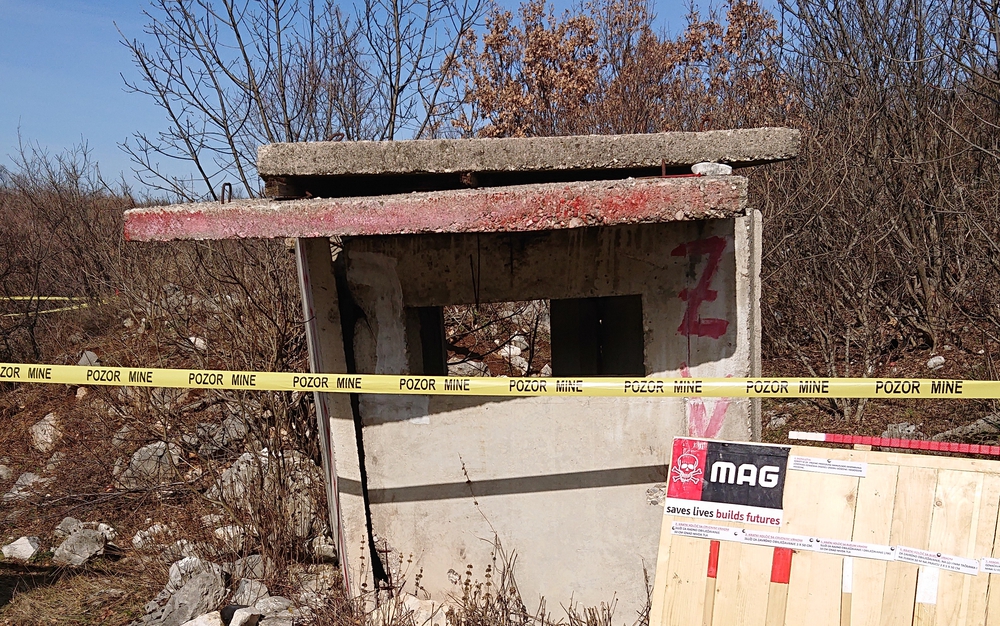 In the early 90s the outskirts of the village became the scene of fighting between Bosnian, Croatian and Serbian forces, with concrete bunkers (pictured above) and fighting positions still scattered across the land, behind the mine row that MAG is clearing. Much of the contamination in this area is made up of bounding fragmentation mines (the remains of a mine pictured below), a particularly vicious device, designed to be triggered by a trip wire and propelled 60cm into the air before detonating, spraying fragmentation which can kill those in a 30m radius. 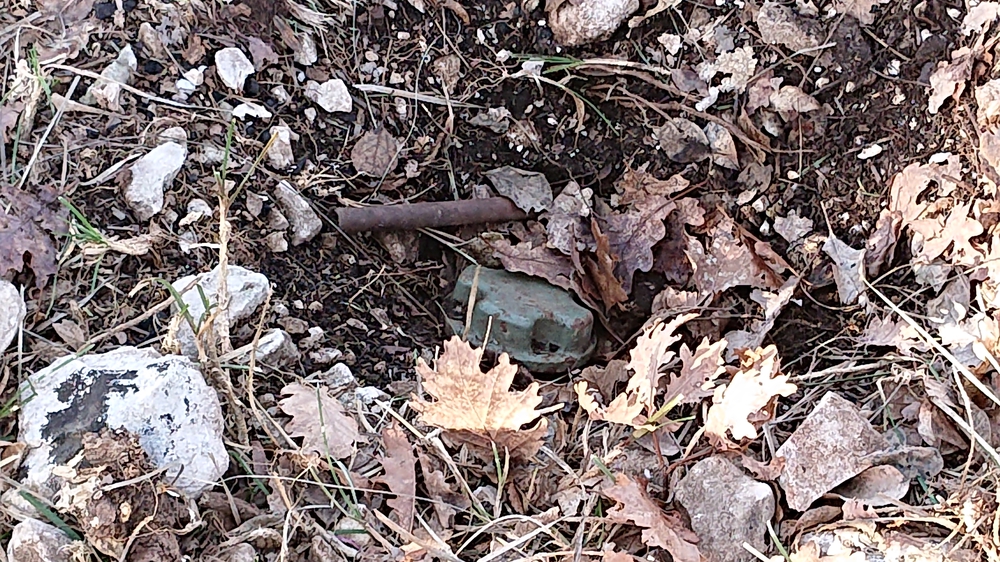 Emir fought in the conflict with the Bosnian forces, losing an eye and suffering leg injuries in a mine accident. For over twenty years since, he has lived in the area where he fought. Emir lives with his mother, wife and young daughter and is delighted that he will finally have access to 70,000m2 of his land that he has dared not to enter. “Land not covered by rocks is precious, many people here grow potatoes and grains, and need access to their forests for firewood. We have always been careful about where our children go, only letting them play around a monument in the village, and teaching them to respect the mine signs.”

Since beginning work on this site in November 2017, MAG has conducted clearance and technical survey to release almost 500,000m2 removing 183 mines. In consultation with the national authorities this work will lead to the release of 3.1km2 back to the local community, with villagers already accessing now safe areas for hunting and firewood.

Deminer, Nedžad Grebović, who joined MAG in April 2017 said, “I’m proud to use my skills to help clear my country of landmines and unexploded bombs. Demining is dangerous work but I’m not scared as we follow procedures closely and retrain regularly to keep everyone safe”.

MAG’s work in Bosnia-Herzegovina would not be possible without the generous support of the governments of the United States, Sweden, and Germany, as well as the Marshall Legacy Institute.