Laos is the most heavily bombed country in the world. More than 250 million cluster bombs were dropped between 1964 and 1973. The conflict ended more than 40 years ago, but the bombs that didn't explode continue to kill, injure and hinder development in Laos.

More than 20,000 people have been killed or injured by bombs that have laid dormant for decades, waiting to claim life and limb. It is estimated that 30 per cent of the bombs dropped on the country failed to detonate. They represent a persistent threat and a daily reality for thousands of communities across Laos.

The issue is in the spotlight because August is a significant month for the country. It is the month the international ban on cluster bombs came into effect. This year marks its ninth anniversary. 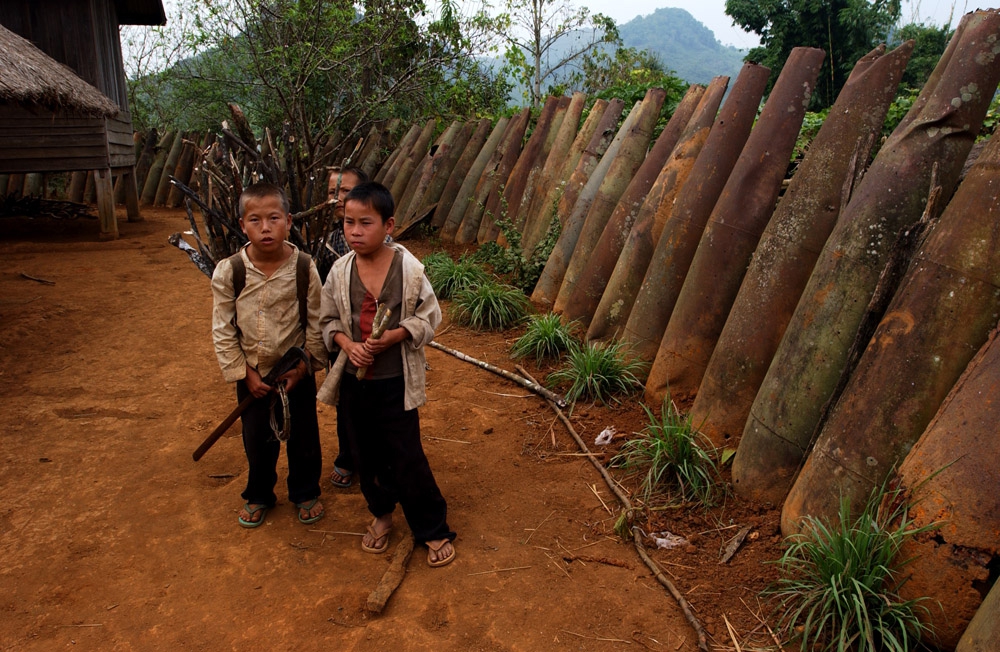 The Mines Advisory Group (MAG) has been working to find and clear unexploded bombs in Laos since 1994.

There is no agreed figure on how much of Laos is affected by unexploded bombs. MAG is currently taking part in a nationwide survey to provide a baseline estimate of the amount of contamination, due to be completed by 2021. The data gathered so far suggests that approximately 2,000km² of land will need to cleared - an area far bigger than Greater London.

By identifying exactly where the unexploded bombs are, surveying ensures that clearance is targeted and effective. The nationwide cluster munitions survey has already improved efficiency and clearance rates. 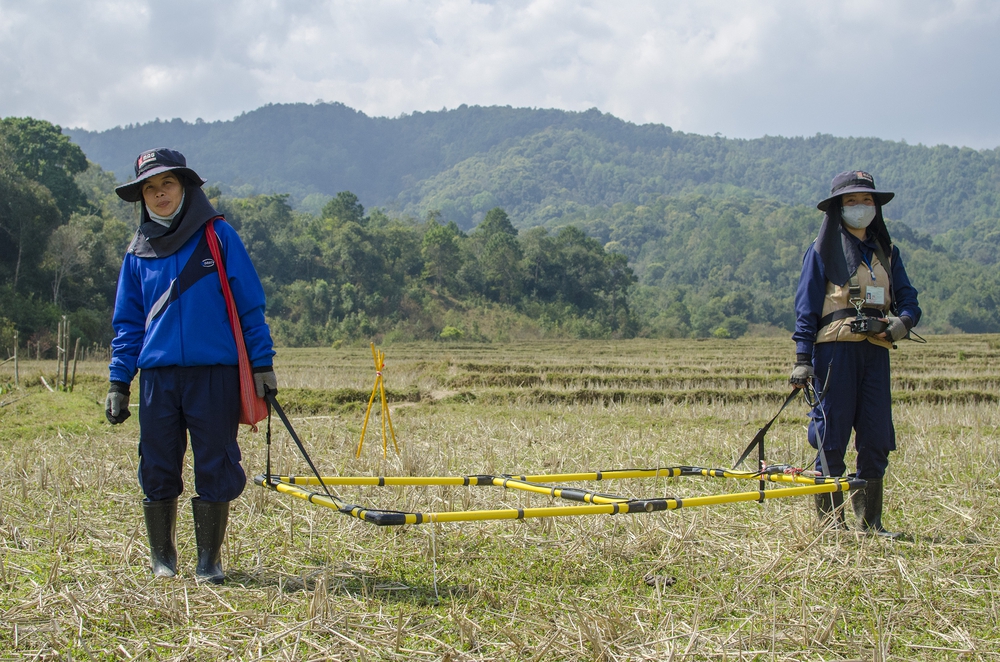 Over 25 years, MAG has surveyed 304km² and made safe over 70km² of land, destroying 250,000 unexploded bombs and other explosive remnants of conflict.

In Laos, MAG's work has benefitted from significant increases in funding over the last 18 months, with the US and UK governments stepping up to support our operations. As a result, we have been able to deploy more clearance teams to help more people more quickly. We now have more than 600 staff in Laos with 54 teams on the ground.

Last year, MAG teams helped free almost 30,000 people from the fear of unexploded bombs. We do it by assessing the scale of contamination in a community and physically clearing priority areas - sometimes machines are used to clear areas with heavy vegetation. 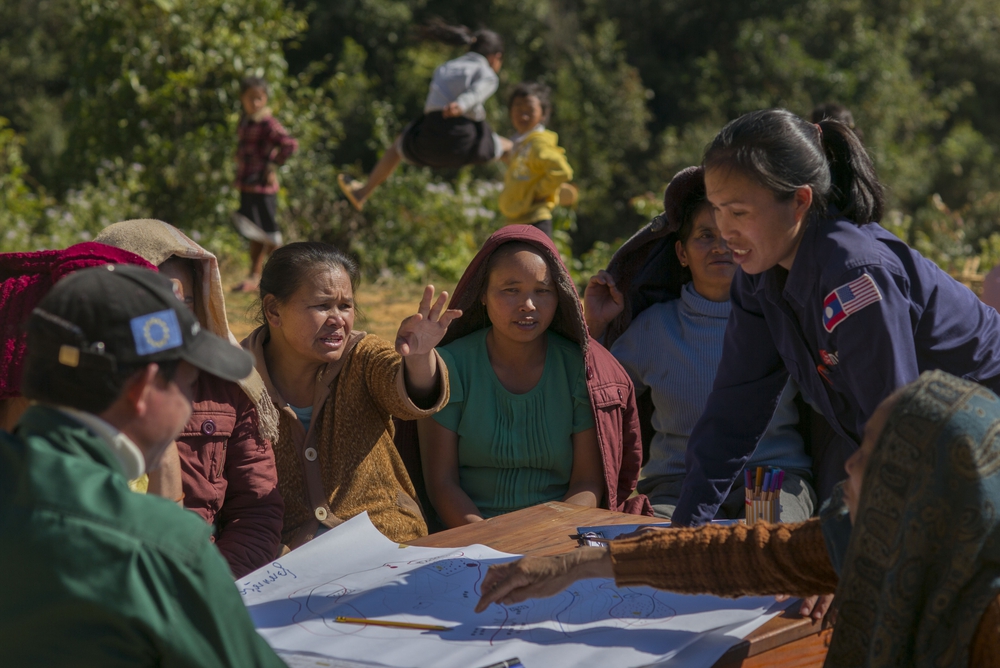 MAG’s programme is designed to be gender and age-appropriate, context-specific and to address the varying risk-taking behaviours that lead to accidents. For example, songs and games are used with children, and messages are made understandable for both literate and illiterate participants. 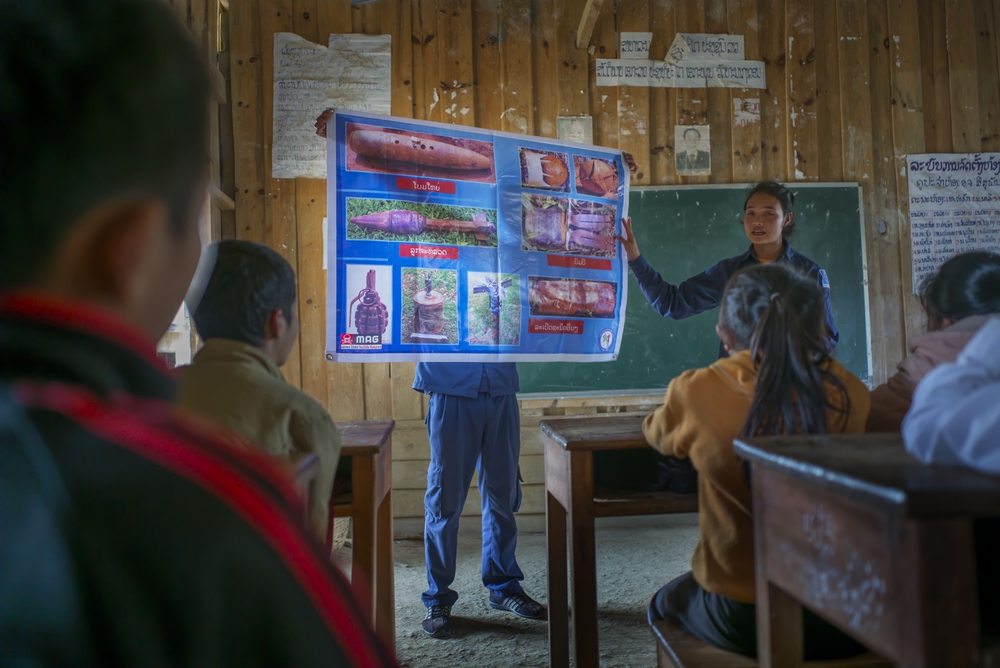 MAG also runs an unexploded bomb reporting hotline number that communities can use to report cluster bombs and receive an immediate response. Every item reported is destroyed within 24 hours and priority is given to those that present an immediate threat to life, such as in school playgrounds or gardens.

Laos has an ambition to eliminate all casualties from unexploded bombs by 2030. The Laotian government is currently working on a new strategic plan to achieve this goal - but it is clear that sustained funding is needed if we are ever to free communities from the deadly legacy of a conflict that ended almost half a century ago.