Thousands of firearms to be destroyed to reduce armed violence

A major initiative has been launched to reduce gun violence in the Caribbean by tackling the problem of illicit arms and ammunition.

The Government of Trinidad and Tobago is partnering with the CARICOM Implementation Agency for Crime and Security (CARICOM IMPACS) and MAG in a programme to destroy seized weapons, ammunition and explosives and reduce their devastating impact on human safety and security.

The programme is likely to see the destruction of approximately 7,000 firearms and more than 328kg net explosive weight of expired ammunition in the next three months alone.

The programme launch follows the signing of a Memorandum of Understanding (MoU) between MAG and the CARICOM IMPACS to combat criminality and advance peace and security for people of the region. The Honourable Fitzgerald Hinds, Minister of National Security for Trinidad and Tobago, used specialist equipment to cut a firearm into two pieces in a symbolic gesture at a signing ceremony for the MoU.

The Trinidad and Tobago project is the first step in planned long term cooperation between CARICOM IMPACS and MAG, in response to the needs of states across the region. The MoU formalizes a partnership through which MAG, working with CARICOM IMPACS, will provide technical support to CARICOM member states in assessing and addressing arms and ammunition management needs.

This will draw on MAG’s expertise in the management and destruction of weapons and ammunition stockpiles, including weapons marking and community risk reduction initiatives. The charity also advises governments and security forces on arms control best practice, providing support through training and capacity development. 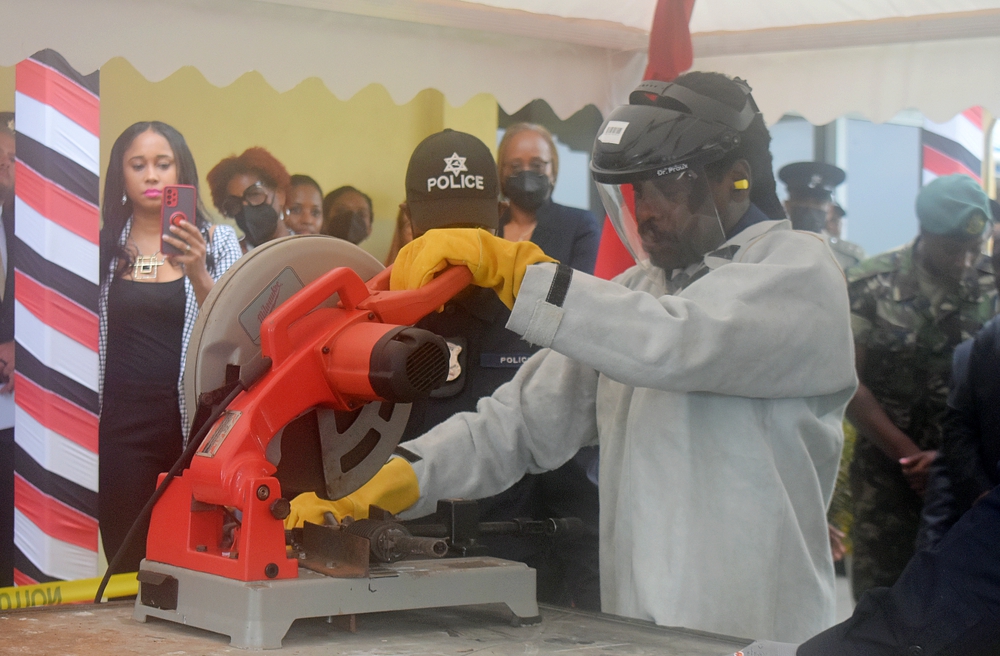 The partnership will support CARICOM countries in their adherence to commitments under the UN Programme of Action to Prevent, Combat and Eradicate the Illicit Trade in Small Arms and Light Weapons in All its Aspects, the Arms Trade Treaty, the Firearms Protocol, and other international frameworks.

MAG is a global leader in armed violence reduction and humanitarian mine action whose initiatives address the drivers and consequences of conflict and instability. In addition to new initiatives in the Caribbean, MAG works in partnership with states and regional bodies across Latin America, Sub-Saharan African, the Middle East, Europe, and the Asia-Pacific region.

The proliferation of arms and ammunition is a major contributor to insecurity, crime and armed violence across the world, often disproportionately affecting women, young people and marginalised groups. 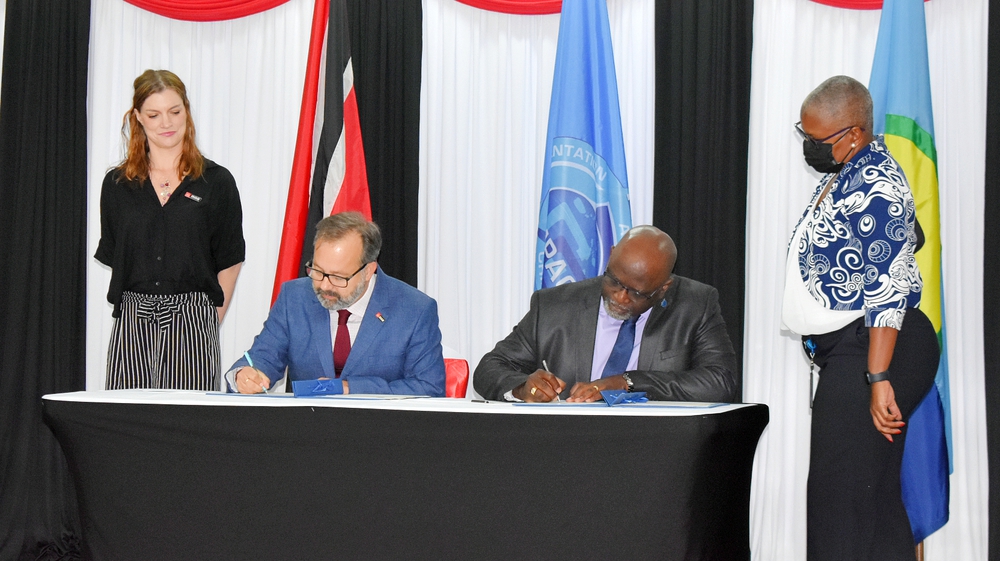 Photo above: Members of CARICOM IMPACS and MAG at the MoU signing ceremony

“We hope our partnership with CARICOM IMPACS and the Government of Trinidad and Tobago will be the first of many in the Caribbean, making a long-term and sustainable contribution to reducing armed violence in the region.”

The Honourable Fitzgerald Hinds, Minister of National Security, Trinidad and Tobago, said: “We welcome this critical and practical partnership between CARICOM IMPACS and MAG, which will save lives in this region.”

Lt. Col. Michael Jones, Executive Director, CARICOM IMPACS, added: “Each of the 7,000 firearms represents a potential shooting, a potential victim, a potential murder. The destruction of weapons is one of the most effective arms control measures which enables States to do away with obsolete and seized weapons, ensuring that they will no longer be used to commit future acts of crime.”