For over a decade, MAG has supported efforts to build capacity to address these remnants of war and to stem the proliferation of small arms and light weapons. MAG has also provided mine risk education sessions in South Central Somalia to the most at-risk communities.

Why we work here

Since 1991, war and famine have killed an estimated 250,000 people and displaced three million more in this region. Insecurity and a thriving illicit arms trade have led to protracted periods of fighting, resulting in widespread contamination of unexploded bombs and the proliferation of illicit weapons.

The presence of unexploded bombs across the region poses an unacceptable risk. Each year, 75 children are killed or injured by these items here. The large numbers of Somalis displaced by conflict and famine – three million people according to UN estimates – are particularly vulnerable.

Abandoned and poorly-maintained stockpiles of munitions also threaten local communities, as they can detonate unexpectedly when stored improperly and present one of the most common sources of materials for improvised explosive devices.

MAG began operations in 2007 in Somaliland training police teams to address the threat posed by unexploded bombs to communities. A year later, we expanded this training to the police in Puntland. Between 2016 and 2018 alone, nearly 200,000 people also benefitted from MAG’s life-saving risk education throughout South Central Somalia, 80 per cent of whom were internally displaced people or returnees.

The theft and misuse of weapons in the region also remains a major concern, as it increases the supply of arms that fuels conflict at the local level and regional instability. MAG supports the safe management of arms in order to reduce the impact of conflict on Somali communities, while assisting the national authorities adhere to best international practices.

MAG has constructed over 150 armouries and explosive stores in the region. This includes the first-ever civilian armouries in Kalabayr and Qarxis in Puntland, which are managed by the police and utilised by local civilian weapon-owners.

Members of MAG’s senior technical staff have now trained more than 1,000 storekeepers and over 250 armoury managers in Somaliland, Puntland and South Central Somalia. 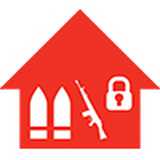 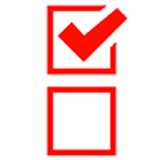